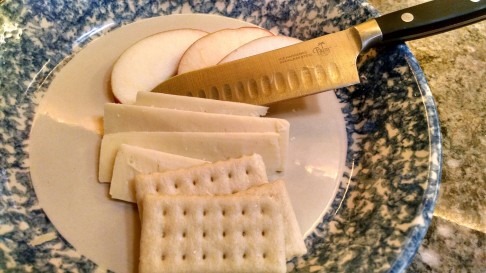 It is a truth universally acknowledged that the best Gruyère cheese–the one earning the lofty “AOP” designation in Switzerland–merges both morning and evening milk.

The poet in me likes to think this means both the cow’s morning cheerfulness and her late afternoon pensiveness swirl into the same vat. It’s more likely that mixing last night’s milk into the morning batch gives a head start to the culturing process. The cheese is then aged five months up to a year, another step which lends Gruyère its trademark complexity–sweet, salty, and nutty.

William Trevor, one of my literary idols, was famous for penning a short story and putting it away for as much as six months before re-reading and revising. Now that takes discipline! It’s also a testament to his productivity. I’m sure he had so many pieces in various stages of production that it never bothered him to shelve something for a time.

Jane Austen is another writer known for her reflection. Pride and Prejudice took many years to write. And this delightful novel started out with the title of “First Impressions.” It was only after months of revision and consideration did she settle on the final name of the book that we all know and love so much today.

Both Trevor and Austen, although very different writers, made a name for themselves through complex characters and subtle humor, two elements that can only flourish with adequate rumination and revision.

The next time you finish a story, poem, or essay, try putting it away for a little while. At least give it a good night’s sleep. Fan those first flames of enthusiasm (morning milk) with a healthy dose of maturation (evening milk). I bet you’ll end up with a final product as nuanced and delicious as Gruyère! Bon Appétit!